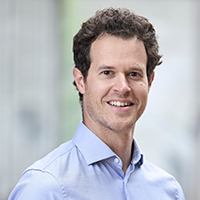 Joeri Witteveen is a historian and philosopher of science with a specialization in history and philosophy of evolutionary biology and systematics. He studied at Maastricht University, the University of California at Berkeley, and the London School of Economics. In November 2013 he obtained his PhD in History and Philosophy of Science from the University of Cambridge. His research in Cambridge was funded by a scholarship from Trinity College.

Joeri has been a visiting scholar at the Australian National University in Canberra and the University of Exeter, and has received visiting research scholarships from the TU Eindhoven, the KLI Institute for Evolution and Cognition Research, and the Descartes Centre of Utrecht University. From 2014-18 he was a researcher at Utrecht University. In 2016 he received an NWO Veni Talent Award and an FWO Pegagus Marie Curie Fellowship (he declined the latter) for the research project The Nature of Naming and the Naming of Nature. He is also co-PI of the NSF-funded research project Productive Ambiguity in Classification — a collaboration with philosophers, historians, bioinformaticians from Arizona State University.

Joeri is associate editor of Acta Biotheoretica (Springer) and is a member of the Editorial Board of Studies in History and Philosophy of Biological and Biomedical Sciences (Elsevier).