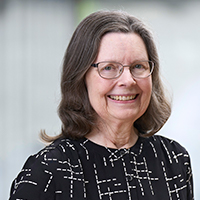 I am a meteorologist, oceanographer, and science educator turned historian of science who specializes in the history of the earth sciences in the 19th and 20th centuries, with special emphasis on the Cold War period. My work focuses on making the history, sociology, and philosophy of the earth sciences accessible and relevant to science students, educators, and researchers, and policy makers.

I conduct historical research at the nexus of the history of science, history of technology, and environmental history from the late nineteenth through the twentieth century, with special emphasis on the Cold War. A meteorologist and oceanographer before turning to the history of science,  I focus primarily on the history of atmospheric science in the United States. My first monograph, Weather by the Numbers: The Genesis of Modern Meteorology (MIT Press, 2008) examined the development of numerical weather prediction models in the immediate post-World War II, which was heavily funded by US military. My latest monograph, Make it Rain: State Control of the Atmosphere in Twentieth Century America (Chicago, 2017), addresses the influence of the American state on efforts to deliberately control atmospheric processes for military and diplomatic purposes abroad, and for domestic purposes, primarily hydropower and agriculture, at home. Make it Rain was the awarded the Louis Battan Author’s Prize by the American Meteorological Association and the Florida Book Awards Bronze Medal for the General Nonfiction in 2018. I also coedited (with Ronald Doel and Matthias Heymann) Exploring Greenland: Cold War Science and Technology on Ice (Palgrave Macmillan, 2016), which analyzes the importance of foreign policy and military needs in the development of geophysical sciences and related technology in Greenland during the Cold War.

My current research is focused on the US government’s support for desalination projects during the Cold War to alleviate shortages of fresh water both at home and abroad. Much of the early work was shrouded in secrecy, not to protect the development of the relevant technology so much as to protect diplomatic efforts involving which nations would receive assistance in building related nuclear-powered plants and which would not.

I have extensive experience teaching earth and physical science as well as the history and philosophy of science to (primarily) science students, particularly those who are planning to be secondary science educators. Here at UCPH, I teach history and philosophy of science to geology students and will be offering a summer course on sustainability concepts and their integration into a wide variety disciplines. In addition, I collaborate with other faculty members in the Department of Science Education in teaching the Introduction to University Pedagogy course.