Professor Carl Winsløw from Department of Science Education, University of Copenhagen is elected as new president of ERME.

The European Society for Research in Mathematics Education (ERME) elected a new board on February 2, during its general meeting attended (online) by about 600 of its altogether 1400 members. As new president was elected Professor Carl Winsløw from the Department of Science Education, University of Copenhagen, the first Dane to occupy the position. He succeeds professor Susanne Prediger from the University of Dortmund, Germany, president since 2017. ERME is an affiliate organization of the International Mathematical Union and organizes the biannual CERME conferences, usually attracting around 900 scholars in the field. It also organizes several more specialized conferences in the field every year, a biannual summer school for young researchers, a book series, and a number of other activities such as outreach to emergent research communities. 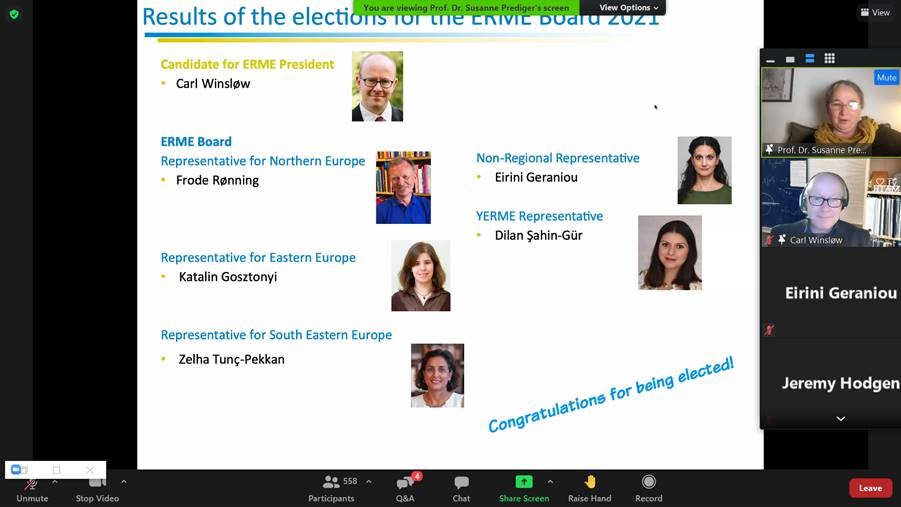