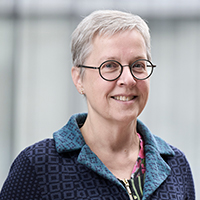 As a historian and philosopher of science employed at a Faculty of Science I am engaged in making history, philosophy and sociology of science relevant to researchers and educators as well as to academic leaders and policy makers.

For severall years, I have served my universities in various leadership positions. In this capapcity, I have alwaysed aimed at using insights from history, philosophy and sociology of science to inform and improve higher education leadership and policy. As a scholar with experience from leadership and management, I am particularly interested in international comparisons of university governance, policies for research and for higher education in general as well as for general education and "Bildung" in particular; in the use and misuse of bibliometrics; in responsible conduct of research; and in the structure and development of 21st century science, including the importance of interdisciplinarity, innovation, and digitalization.

Link to my Google Scholar Profile.