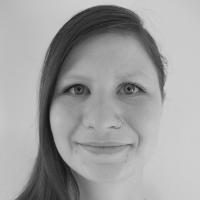 Title: Bayesian Modeling of disagreement, trust and higher-order evidence.
Advisor: Prof. Klemens Kappel.
The projekt is conducted in the period 1.1.2016 - 31.12.2018

My Ph.d. project is a part of the DFF-project "The social epistemology and social psychology of disagreement" and the associated reserch group SERG (Social Epistemology Research Group). My project investigates the possibilities for using statistical formal models on phenomena of interest in the field of social epistemology. My project also aims to contribure to the understanding of higher-order beliefs and evidence in cases with e.g. polarisation or disagreement. Higher-order beliefs say something about how first-order beliefs are formed and whether they are trust-worthy or not (if there exists a defeater or not). Part of my project aims to update existing BAyesian models to include a notion of higher-order beliefs.