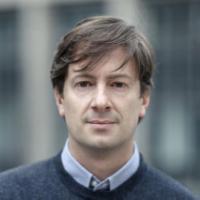 Due to my academic/professional background, my main research interests can be resumed as follows:

The educational implications of the relationship between Physics and Mathematics

I have recently guest edited a thematic issue of the journal Science & Education on this topic (Volume 24, Issues 5-6). Click here to view it.

Physics and Mathematics have been deeply interrelated since the very beginning of scientific knowledge and this mutual influence has played an essential role on both their developments. Historical case studies show us not only physics problems motivating the creation of mathematical concepts but also “pure” mathematics being used to derive conclusions about the “real” world.

The main difficulties students face when using mathematics to solve physics problems and/or transferring their knowledge from a mathematical to a physical context need to be investigated. Moreover, it is important to understand how the ability of using mathematics as a reasoning instrument in physics – instead of using it as a mere calculation tool – is developed.

Teaching activities and materials have to be carefully designed in order to encourage students to structure their thought mathematically in physical contexts. Due to the crucial responsability of the teacher for the success of this challenge, such didactical aspects have to be sistematically approached in teacher training courses. Aditionally, criteria for evaluating the quality of instruction, regarding the focus on several aspects of the relationship of physics and mathematics, should be established.

Tzanakis, C., & Thomaidis, Y. (2000). Integrating the close historical development of Mathematics and Physics in Mathematics education: some methodological and epistemological remarks. For the Learning of Mathematics, 20 (1), 44-55.