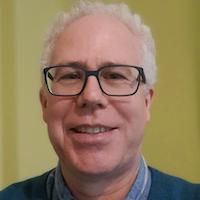 I am a faculty member both in Copenhagen and at the University of Cambridge. I complement research on the relations between physics and anthropology, the cultural history of mechanics, and climate change with work in the history of science education and at the Niels Bohr Archive. In Cambridge I have recently been engaged in two collaborative projects with colleagues in HPS, English and Geography. Funded by the Leverhulme Trust from 2019–2024, Making Climate History develops a fundamental new perspective on the histories and geographies of climate change by linking making and knowing in the emergence of the climate sciences over the past two centuries. We examine the entwined social, physical, and economic timescales of climate change over the entire period it took to remake climate, and to recognise that we are changing it. From May 2020 to December 2021 the Mellon Foundation Sawyer Seminar Histories of Artificial Intelligence: A Genealogy of Power hosted a programme of summer and winter schools, a reading group, community research seminars, and public lectures in Cambridge and elsewhere. We built an interpretive community able to bring historical, structural perspectives to understandings of AI, and are now developing a special issue on the topic for BJHS: Themes. Our website has many useful resources.

After an undergraduate degree in HPS at Melbourne, I wrote my PhD in Cambridge on the early work of Max Born, examining the relations between education and research and developing an approach to scientific change based on the community (1992). Working with Simon Schaffer, Jim Bennett, Otto Sibum and Bob Brain in a postdoc brought material culture and worlds of production and display into this mix, curating two Whipple Museum exhibitions 'Empires of Physics' and '1900: The New Age' (1992–95). I then held a range of postdoctoral and visiting positions in Melbourne, Berlin, Chicago and Berlin before teaching in the History of Science Department at the University of Wisconsin-Madison from 2000 to 2013. My book Einstein's Generation: The Origins of the Relativity Revolution (Univ. of Chicago Press, 2008) brought these diverse strands together, offering new perspectives on ether drift and interferometry, electron theory and experiment, and Einstein and his colleagues in the co-creation of classical and modern physics. Since then I have developed a long term research project on physicist anthropologies that has involved work on psychophysics in the 1860s, the cultural history of mechanics in the interwar period and the multifaceted relations between the work of the physicist Ernst Mach and the anthropologists Franz Boas and Bronislaw Malinowski.

My students have undertaken research on topics as diverse as the cultural history of radiation; cosmology in the twentieth century; making intelligence in the development of AI; ecology and environment in early twentieth century South Africa; the 'science of science' from the 1930s; the sciences of colour perception and colour vision; the Aurora Borealis and atmospheric physics; radio astronomy and the search for extra-terrestrial intelligence; the 2019 first direct observation of a black hole. I'm a historian of science because I'm interested in the full range of human knowledge – and historians need accept no intellectual or disciplinary boundaries in our pursuit of what it means to know the world, ourselves, and others. As Ernst Mach wrote in 1871, 'do not let go of the guiding hand of history: history has made all, and history can change all'.

Einstein's Generation: The Origins of the Relativity Revolution (Chicago: University of Chicago Press, 2008)

'Ether and Aesthetics in the Dialogue between Relativists and their Critics', in Jaume Navarro, ed. Ether and Modernity: The Recalcitrance of an Epistemic Object in the Early Twentieth Century (Oxford: Oxford University Press, 2018), pp. 179-199

'Trajectories in the History and Historiography of Physics in the Twentieth Century', History of Science 51 (2013): 151–177